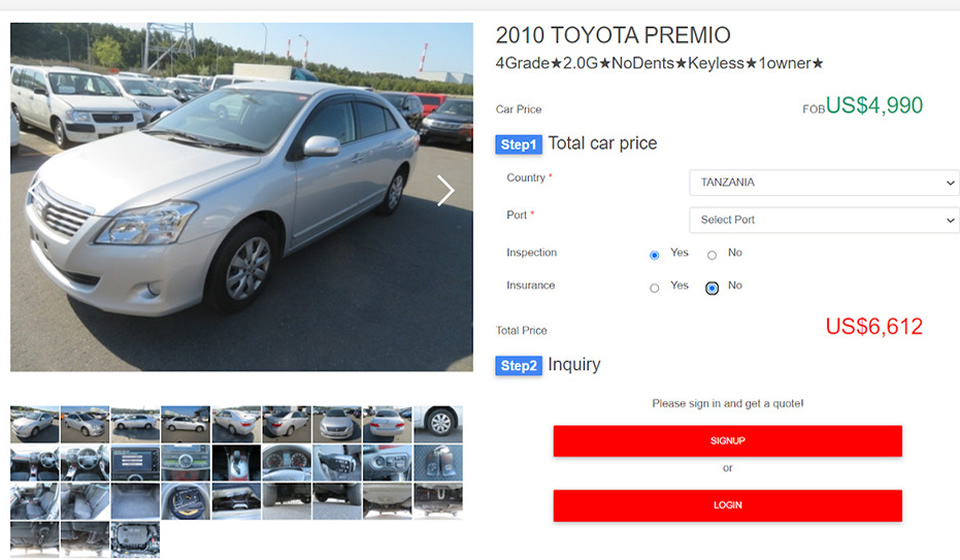 How To Buy A Car in Uganda

It’s rare to see a new car on Kampala’s streets as used cars are plentiful and the roads are punishing to old and new alike. In fact, most of the cars which are imported from abroad, usually Japan, and sold as ‘new’ in Uganda are actually already a few years old. If you’re considering a car purchase here are a few things to think through and options for finding that new set of wheels.

It sounds like an obvious place to start, but it’s important to first, consider your price range. This is not just for the car; remember to budget extra for insurance and URA logbook transfer. This will most likely dictate the type of car you are looking for. By the time you consider the cost of insurance (mandatory to keep your car on the road), the cost of logbook transfer and the cost of having a mechanic check the vehicle over and fix any small problems, you are probably looking at 500,000 UGX on top of the price you started with. So if you’re looking to spend six million on a car, you will most likely need to budget 6.5 million.

Now, you’re ready to start looking. But where to look? There are a number of places where vehicles are traded privately. Online, there is The Eye Trade (www.eyetrade.ug), or Google Trader Uganda (http://www.google.co.ug/local/trader) where sellers post their vehicles for sale. Whilst this gives a good picture of what’s available, it’s important to exercise caution – occasionally fake ads are put up.

When you’re looking for a car everyone will ask if you have been to ‘The Bonds’. These ‘bonds’ are actually ‘bonded warehouses’ which are large secured car parks of vehicles which have been imported into Uganda, but have not had the import taxes paid on them. These import duties are paid when the car leaves the ‘bond’, so make sure you are clear on what needs to be paid within the price of the vehicle. And don’t forget to bargain hard! It is normal to come and go many times over months in order to get the price you want. These bonds are found all over Kampala, often around Bugolobi/Industrial Area and up the Jinja Road. It is worth asking friends’/colleagues’ experience of bonds to find one with a good reputation and good stock. Big and well-known ones include Chatha Motors, Al-Malik, Spear and Ramzan.

There are also a number of private car dealers in Kampala. They are usually just guys who either work in the bonds or know people who are selling cars. They make their money by agreeing a percentage cut with the seller and then ‘market’ the car for that person. Obviously, the higher price they get you to agree to the more money they make. Good dealers might know quite a bit about the car they’re selling but often they know very little.

Lastly, a number of sellers post paper ads in public places such as Oasis Mall, Garden City or Quality Hill. Often these are expats leaving the country and wanting to sell their vehicles. This can sometimes result in a good bargain as people are desperate to sell before departing and may be willing to accept a lower price. However, just make sure that it’s not a vehicle with diplomatic/NGO ‘red plates’. These vehicles have not had the import duty paid on them when they are purchased by approved organisations. However when they are then sold on the open market, the duty must be paid on them, and this can add millions to the cost of the car. Be sure to check the duty status!

When reviewing your car options make sure to ask as many questions as possible. A well-informed buyer will be better able to negotiate. Bringing a mechanic or friend who knows about cars to view them is also sensible. In any case, it is wise to have a mechanic look over any vehicle which you are considering purchasing. It is a worthwhile investment since they may spot expensive underlying problems which might not reveal themselves until you drive the vehicle away!

Once you’ve found your vehicle you want to consider a couple of things. Car deals are usually straightforward in Uganda. The buyer stumps the cash. The seller receives it and turns over the keys. Often there’s not even a contract and cars are ‘as is’. From there the seller will also need to transfer the ‘log book’ to you. This can be a process that takes from a few days to several weeks and has little-to-no actual impact on who is driving the vehicle. A new logbook process was initiated in 2012 so any seller that doesn’t have a ‘new’ logbook will have to apply for a new one prior to being able to make a logbook transfer to you. The logbook transfer will mean getting a Tax Identification Number (TIN), if you don’t have one already, and going down to the URA a couple of times unless you pay someone to do this for you – and often they still want to see the seller and/or buyer in person. You will also need to set up a URA account online which is fairly straightforward with the directions the URA gives you but time consuming.

Given the amount of scrapes, knocks and accidents that happen on a daily basis on Kampala’s streets you should drive directly to the insurance office once you get the logbook. Far too many people find they have a terrible accident just when they were going to get insurance. ‘Third Party’ insurance is the minimum legal requirement to keep your car on the road. This can be purchased from all major insurance providers, but also from most petrol stations. Look out for the signs on the forecourts. For ‘comprehensive’ insurance, consider getting quotes from the major suppliers. These include Chartis, Jubilee and UAP. Although the premiums are much more expensive than the third party option, they will cover you for a range of accident repairs, and for vehicle theft.

One Way Car Rental in Uganda

Buying a House in Uganda: 7 Things To Consider